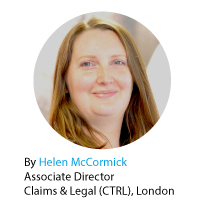 The Enterprise Act 2016 comes into force on 4 May 2017, and will apply to every insurance policy placed or renewed on or after 4 May 2017 which is subject to the laws of England and Wales, Scotland, or Northern Ireland. The Act, which amends the Insurance Act 2015, gives insureds a right to claim damages if the insurer has breached their obligation to pay their claim within a reasonable time.

At the moment, insureds cannot recover damages from insurers if they have suffered additional losses due to a delays by the insurer in paying out under the policy.

Under the new Act, it will be an implied term of every contract of insurance that the insurer must pay any sums due within a reasonable time. If the insurer breaches this term, the insured could have a claim for damages if they have suffered a loss as a result of being kept out of funds. Interest on late payments can also be claimed in addition.

What does ‘reasonable time’ mean?

This means a reasonable time to investigate and assess the claim depending on the relevant circumstances, which include:

The Act also provides a defence for insurers. If an insurer can show that there were reasonable grounds for disputing the claim (whether in relation to liability or quantum), the insurer will not be in breach of the implied term if they delay in paying the claim while the dispute is continuing.

The Act does allow parties to contract out of the implied term, provided that the insured is not a consumer and that the insurer meets the transparency requirements set out in the Insurance Act 2015.

However, contracting out will not protect an insurer if they have committed a deliberate or reckless breach of the implied term.

The Act is certainly beneficial to insureds in that it introduces a new right to claim damages in circumstances where insurers have failed to pay claims within a reasonable time, and it might provide an incentive for insurers to process and pay claims promptly.

However, the impact of this Act should not be overestimated. It does not give insureds a right to recover all losses in all cases. The usual hurdles for proving recoverable damages for a breach of contract will still have to be met. Furthermore, the Act does not oblige insurers to admit or pay claims immediately. Insurers will continue to investigate claims, particularly large or complex ones, and will still be able to delay payments in case of a genuine dispute with their insured.

This article first appeared in Issue 686 of “The Maritime Advocate” on Monday 24 April 2017.

Enter your contact details to receive our news and insights.